- (Adenoid cystic cancer according to pathology)

- foramen ovale is widened and the tumor extends intracranially up to the cavernous sinus (zigzag arrow b,c,d)

- Patients are usually older than 40 years

- T2 signal can be very high, higher than CSF, ADC values are high

- Signal in bigger tumors can be heterogenous due to necrosis, hemorrhage and calcification

- T2 signal is higher than other tumors

- Painless mass in the parotid tail (angle of the mandible)

- 90% of the patients with this tumor is smoker

- 20% of cases can be multiple masses

- Lesion is most conspicuous on STIR sequence

- ADC value is similar to cancer

- Slowly enlarging parotid mass with our without nodes on the neck

- Patient may have systemic “B” symptoms

- FDG avid (MALT lymphoma is not so FDG avid)


Connections between trigeminal and facial nerves 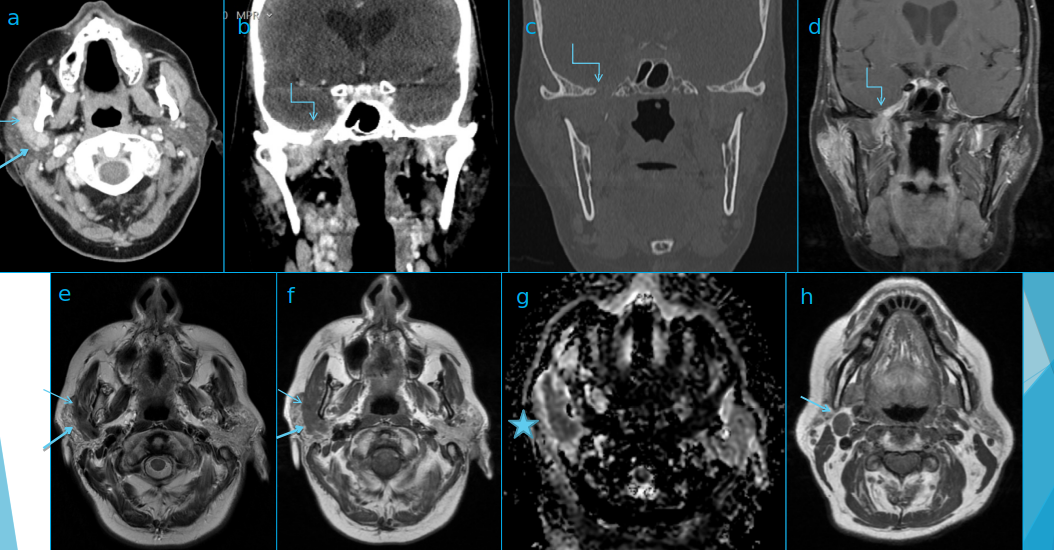